BIO: Jack earned a Bachelors of Science Degree in Technical Management from Bellevue University with minor degrees in Commercial Art and Electronics Technology. Jack has managed Young Films, LLC since 2001 when he wrote, executive produced, and co-produced Love Wine, a romantic comedy. Additional credits include The Darkening, a suspense/horror film (2012) that he wrote, produced, and directed, and the short film, Manimals, which he wrote, produced, and executive produced (1997). He also acts as manager on the Read-A-Movie™ series books and is author of many of the stories that appear in it. He is author of the screenwriting book, "How to Write a Screenplay in 3 Days: The Marathon Method" and film production book, "Indie Filmmaker Producer's Guide: The Nuts & Bolts of Independent Film Production." He was the coordinator of Nebraskans for Film (a local screenwriting group) for over four years and was a member of the Nebraska Writers Workshop (NWW), chaired by Sally Walker, for over five years. Jack has also appeared in Screentalk Magazine and is the author of over forty original screenplays. Jack is a retired Logistics Engineer from a large communications company and government contractor in Omaha, Nebraska where he resides with his wife and two children. The film production training is a combination of classroom training (Slide presentation and interaction) and hands-on training with the film equipment.

HURRY! Only 10 seats available per session!

ENROLL NOW!! by filling out the enrollment form below.

Are you active or prior MILITARY?  We have a reduced  price ($ 99.00) for those who serve. Mention that you are active/prior military in your enroll form.

PRICING: $ 139.00 (Regular $ 169.00) total cost for 4-day training program. Students are encouraged to sign up for all courses that include information on the preproduction, production, and post production phases of film production. Individual seminars may be attended for a fee of $ 40.00 per seminar.  Students may sign up for the training seminars online (See form on page) or by calling 402-731-7037. Payment is expected a week prior to the actual seminar start date.  Students enrolling for the full seminar (4-day training) receive a FREE copy of our book, "Indie Filmmaker Producer's Guide."

We also connect our students with local filmmakers to get our students out to real film shoots for gaining experience on the set! 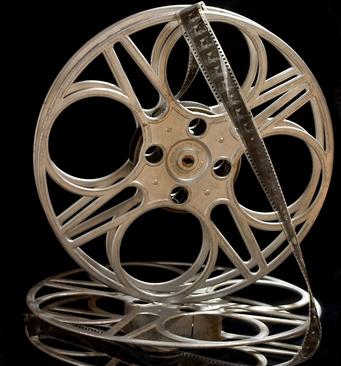 Thank you for contacting us! If needed, you will hear back within 48-72 hours.

THE OMAHA FILM SCHOOL IS CURRENTLY CLOSED.  PLEASE CHECK BACK IN 2018 TO SEE IF WE HAVE FOUND A NEW LOCATION TO CONTINUE OUR TRAINING

Thank you to all those that supported the school and good luck to those students that passed through our doors!

THE OMAHA FILM SCHOOL IS CURRENTLY CLOSED.  PLEASE CHECK BACK IN 2018 TO SEE IF WE HAVE FOUND A NEW LOCATION TO CONTINUE OUR TRAINING

Thank you to all those that supported the school and good luck to those students that passed through our doors!